Ugandan singer Spice Diana comes from a humble background and today we break down for you her full biography profile, background, education, net worth, music, cars, house career and more.

Who is Spice Diana?

Namukwaya Diana aka Spice Diana was born in 1992 in Mpererwe Kampala district to a family of Nantale Beatrice who raised her as a single mother.

Spice Diana’s mother was reportedly forced to get married at the age of 14 years and after getting married a few months later she became pregnant later giving birth to Spice Diana.

Spice’s family shifted from Mpererwe to Kibuli because her mum had got married to a new husband who was staying in Kibuli. They later separated and spice’s mum shifted with her children to Nansana later shifting to Nakulabye were singing dream started from according to her.

She is the firstborn with other two siblings and she says she has been a mother and father because her mother has been a single mother since she was born and raising them has not been an easy journey.

Diana was educated at Varreria primary school which is based in Kibuli Kampala district and according to Spice’s mum, she participated in most of singing, dancing, designing competitions at the school and she emerged out as the best.

Spice was only good in entertainment but was also an academic giant and her mum says that in her primary six Diana was told by the school administration to sit PLE exams for a student who was sick and was unable to do her exams.

She sat for her and the student passed with flying colours.

The following year Diana sat for her PLE exams and scored 11 aggregates. After her primary level Spice Diana joined St. Peter’s senior secondary school and Kampala Citizens School has she scored 32 aggregates in her O level.

After her secondary level Spice Diana joined Makerere University where she pursued a bachelor’s degree in Industrial Arts and Design in 2018. Spice Diana struggled to balance music and academics this is because most of the time her lectures could collide with her lectures. 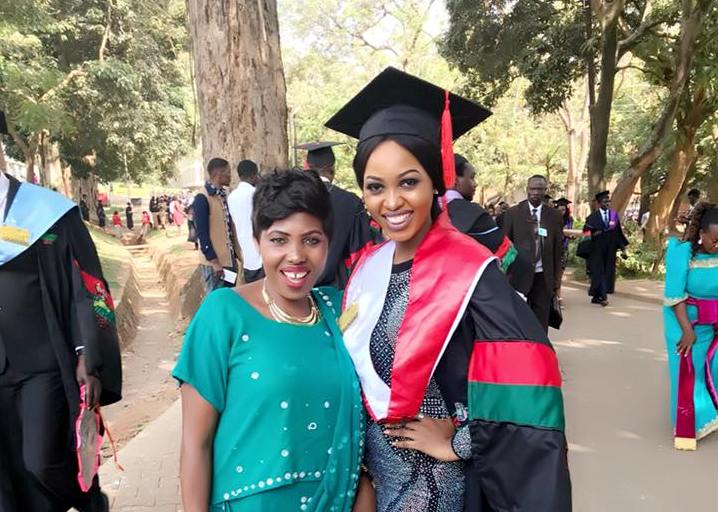 Namukwaya says she didn’t expect to end up as a musician but when she joined Kampala Citizens School for her A level she developed the passion of singing since everyone was a celebrity in the school and joined a group of rappers and she was the only girl in the school group.

She was discouraged by her mum and told her to switch styles which she did and wrote her first song called Nze akwagala.

During her senior six, she connected with the Triplets and she acted as a backup artist in some of their songs because she had a sharp voice like for kids.

She later connected with artists like Maro, Geosteady who linked her with producer Fizol of Avie records who produced her first hit song titled Onsanula in 2014 who at the same time acted as her first manager. In 2015 she collaborated with Pallaso and released another club banger titled Koona still under Avie records.

After leaving Avie records Spice Diana joined the Twinkle star management of Emma Carlos who was the then manager of Khalifa Aganaga.

Spice Diana House and Net Worth

Spice Diana currently owns two houses, one located on Salaama Road where she stays, a 6 bedroom mansion she has built in years.

She also owns another beautiful yet to be completed house she is currently building for her grand mother.

Spice Diana’s exact net worth is currently unknown but she has a couple of millions and businesses under her name.